Based on Chapter 13, "Dreams of Escape and Belonging" by Alex Sayf Cummings in East of East: The Making of Greater El Monte and South El Monte Arts Posse’s “East of East” archive. 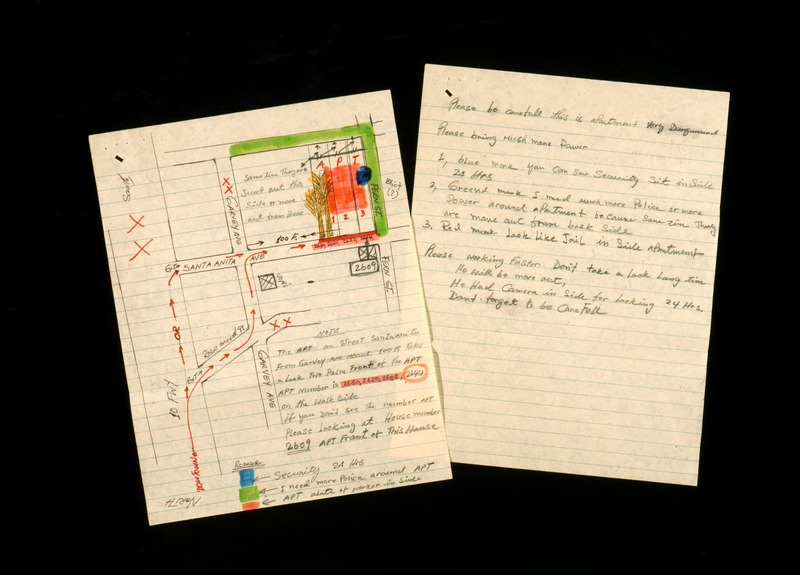 On August 3, 1995, readers of the Los Angeles Times were greeted with a disturbing headline: “Workers held in near slavery, officals say.” The piece goes on to describe an El Monte apartment complex turned clandestine garment factory that was raided by federal and state agents. The agents arrested eight operators and detained 72 Thai immigrants who had been held captive, forced to work beyond the cost of their journey to the United States for less than $2.00 an hour. It had been, as Alex Sayf Cummings calls it, “perhaps the single most widely known instance of systemic forced labor in the United States since the Civil War.”

Sweat shop slave labor is on the lurid, extreme end of the Asian immigration spectrum, but for years political upheaval and the promise of economic prosperity have driven immigrants to risk their lives and toil over low wage labor. Chinese immigrants worked railroad construction during the Gold Rush of the 1850s. Japanese immigrants worked in agriculture during the early decades of the twentieth century. But it was the 1965 Immigration Act that dramatically opened US borders to African, Asian, and Middle Eastern migrants. The San Gabriel Valley has since become home to a steadily increasing Asian American and immigrant population; 26 percent of El Monte residents hail from Asia or the Pacific Islands as of 2018.

South El Monte born socologist Christine Tran grew up amidst sweat shop labor ("a lot of people want to live and be near the factory work"); her mother worked in various garment factories, toggling between fluctuating piecemeal hourly incomes, some determined by the number of buttons per article of clothing. 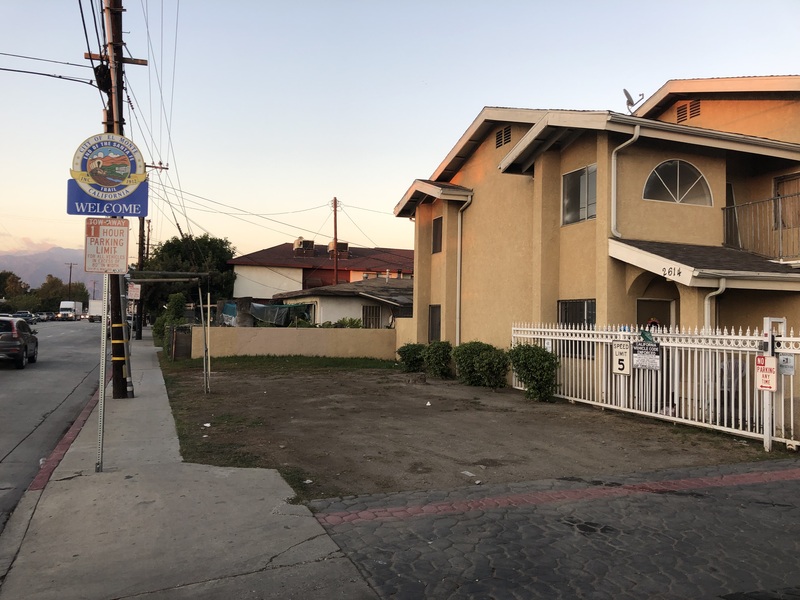 The raided apartment complex in 2021

Today the unassuming apartment complex neighbors a mobile home park in a residential area on Santa Anita Avenue. Single story homes are still plainly visible across the street, per the handwritten map’s description that had been passed to authorities over twenty years ago. An “End of the Santa Fe Trail” City of El Monte sign sits along the busy street on a narrow sidewalk, denoting progress and movement. This is not a place for lingering.

Low wage labor, be it garment or service work, remains a reality for many refugees and immigrants. Fifteen percent of El Monte’s Asian population is under the poverty line, and limited English proficiency curtails job opportunities. But an increasing number of young first or second generation immigrants are attending high schools, colleges, and universities, and the entrepreneurial class is expanding. Opined food critic Jonathan Gold on the flourishing Vietnamese restaurant scene, “The best pho parlors this side of Little Saigon have tended to cluster along an unlovely stretch of Garvey Avenue in South El Monte, a town best-known for its unusual concentration of auto-body shops.”

In 2000, former sweatshop captives Win Chuai Ngan and Sokanya Sutthiprapha opened their own restaurant in Van Nuys, Win's Thai Cuisine, which is still operating today. But Ngan and Sutthiprapha were exceptions; according to the Thai Community Development Center, Win’s was the only successful business launched by former El Monte sweat shop workers. For many, the path to financial stability remains elusive.

← Valley Seed Store
Where I am from →
El Monte Sweat Shop