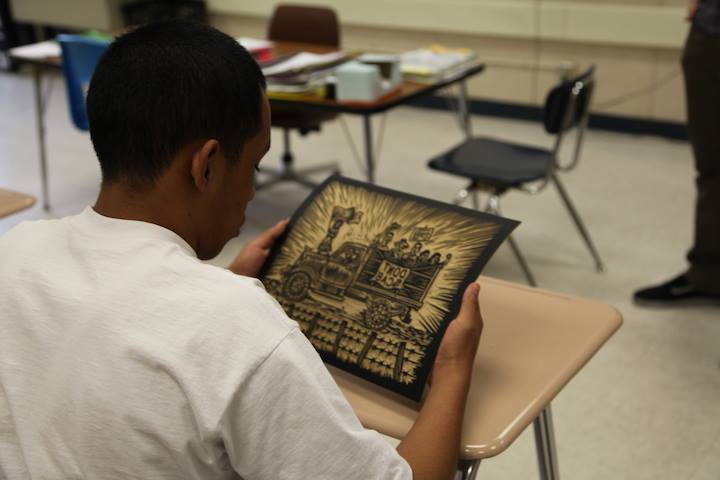 In 2012, SEMAP used the city’s centennial as an opportunity to encourage new approaches to understanding and conveying the reality of Greater El Monte’s past and present. We launched what would become a multi-year public history and place-making project titled “East of East: Mapping Community Narratives in South El Monte and El Monte” to uncover, organize, and publicize Greater El Monte’s multi-ethnic history.

In the last decade, SEMAP authors and collaborators visited high school classrooms in El Monte and South El Monte. This past year (2021-22), SEMAP returned to the classroom. We organized bi-weekly meetings with Ethnic Studies teachers to read and integreate East of East: The Making of Greater El Monte and the East of East archive into the curriculum; in ways that they determined made the most sense for their students and classes. We also shared space and thought about pedagogy, scholarship, and the role of Ethnic Studies in our communities. As part of that work, teachers build lesson plans. A few of those lesson plans are on here. In addition, students and teachers can find primary sources (photographs and oral histories) in both exbits and collections throughout this website. For example, after reading about Legion Stadium, students can listen to an oral history clip with Art Laboe or see newspaper excerpts documented El Monte City and EMPD oppossition to Legion Stadium. We encourage folks to dig in.

We'll continue to publish lessons plans and work with educators this coming year. When appropriate, we've noted the author of the lesson plan. To learn more, get in touch.