Summary: Dr Mary Labrucherie, long time superintendent of the Valley Lindo School District talks with SEMAP about the history of the school district and El Monte. Her career as Superintendent and remaking of the district curriculum and teachers.

0.20 – Dr Labrucherie introduces herself, has been superintendent since 1992. Begins to show the 150 year anniversary book of the Valley Lindo school district- founded in 1863. Original board members donated the funds and land to build the school.
5:00 Dr Labrucherie, starts over after technical malfunction in video recording.
7:00 going over the schools in the district, from original schools to the current buildings.
9:20 Earthquake destroys the school in 1933, Temple school is built, now part of Army Core of Engineers,
10:30 Story in book of Albert Riano’s widow, Betty Haso, who remember the Japanese students taken in 1942 to internment camps.
13:00 story of the school bell
14:00 student’s tell their stories, many joined the US military and went to war, one went to USC and was a baseball pitcher
15:50 the schools first computers were Apples in the 1980’s.
17:00 in early 1990’s the school district starts and all-day kindergarten program
17:25 Jose Magana got a full scholarship to Harvard
18:00 in 2007 the school made it though the financial crisis without cutting teachers in the classroom
18:25 On the school’s scores and No Child Left Behind Act
20:00 going over what is in the book, stories students made of what the future could be, the administrative history of the school
20:30 the PTA
22:00 pictures of the various students who had graduated from the school district

0:29: Dr Labrucherie explains how she came to work at the Valley Lindo School District, she was a teacher and administrator in Chino
1:16 She talked about her own background- Cal Poly Pomona, credentials, doctorate from University of La Verne
1:50 on taking over the schools and the challenges she faced coming in. School district had many financial problems and the conditions of buildings were very poor. The physical buildings were awful. Fifth lowest school district in the County.
3:00 Bringing in good school teachers into the district, battle with teacher’s union
3:45: school board members
4:10 On the 1970’s – 1990’s and how the schools struggled, and local governance struggled, high turnover,
5:40 remaking the curriculum of the school district
7:15 on recruiting teachers to the school district, and taking teachers out of the district, firing very bad teachers , on teaching some teachers to be good teachers rather than forcing them out. How to support new teachers.
11:30 On how to deal with budgets and administration.
12:30 on making the custodians much more efficient, the Flag and trash cart examples
15:30 Curriculum, her philosophy. Dealing with textbooks, and No Child Left Behind, phonics, common-sense learning, etc
18:30 the use of technology in classrooms
19:30 how they teach ESL students
23:00 the South El Monte Public Library’s technology make-over
24:00 going forward, her plans
25:10 early-education, pre-school
27:30 on the organization of the school district in El Monte and South El Monte
30:00 the stability of El Monte, and her battle with the teacher’s union.
34:30 students coming back to say they are grateful 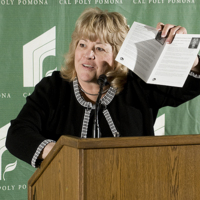