Summary: Vernon Wickstorm is a lifelong resident of El Monte and has been a teacher for four decades. Here he recounts his life growing up in the city in the 1930’s and 1940’s.

0:25 Introduces his life. Born in East LA County Hospital in 1935, came to El Monte in 1936 when parents built a store at corner of pick road and Ramona and they ran the store till 1943. Close in 1943 during World War II because of difficulties providing food for the store
1:20 Moved to Temple city, went to Pasadena schools and then went to college, Pasadena City College, university of California Riverside, Cal State LA, and worked for Care Youth League in Arcadia. In 1957 began El Monte Ucon? Uclaw? For youth sports. He runs organization till the present day.
2:00 growing up in El Monte, next to railroad tracks. Roars also came from Gay’s lion farm, they made a lot of noise, he and his sister worried. Lion farm existed from 1920’s till WWII, but then closed during the war.
3:40 the family origins, from LA and Northern California. They were both farmers. Father got into produce and the store in 1936. His mother’s family was from LA, Baldwin Park. They were in South San Gabriel before EL Monte. Parents met in a party, father was burnt in an aviation accident. He was aviation mechanic, helped built airplanes in Burbank. Parents married in 1929. One sister- Dorothy, who lives in Chino Hills.
6:30 Presently a substitute teacher in El Monte school district,
7:40 grew up right where KFC is currently (2015), right across from Medina Court. Went to Columbia Elementary school, he road street car across city- red cars. Later moved to Temple City, Longdon Ave School, Temple High School, Pasadena, etc.
9:45 description of EL Monte’s physical features, how it looked like, the surrounding farmlands, etc. Walnuts and what ended their farming. WWII as stimulus to industrialize the city and ended farming as primary industry.
11:50 Cousins and himself served in the Korean War, but he was reservist.
12:30 the Internment of the Japanese in the city. He remembers the propaganda against the Japanese and the hostility against the country. How he felt about it, he thought that with internment, it would protect them from the white population of the city that was hostile. He knew some Japanese, the farmers. They never returned.
16:20 If he knew of the Mexican labor camps in the city- no. His school was all Caucasian, there was only a handful of Latinos, who were longtime residents. Most Latinos went to Lexington, he speculates that it was because of their language skills. He had no Latino friends.
18:10 arrival of new migrants the waves of immigrants who have come to El Monte. Latinos and now Asians.
19:10 the building of the Highways, the arrival of the 10 interstate. Later the 210 and 60 were built. The Freeways split the city into a north and south.
21:40 the river projects that concrete the area. The creation of local parks, and water collection.
23:00 going to Los Angeles and larger city life.
23:45 Interest in Music: western, bluegrass, guitar. Legion Stadium, wrestling in addition to concerts. Home town Jamboree.
25:20 Boy’s Christian League- he worked as a mason. He went to various collages (above), and he studied sociology. He went to get his teaching credential Rio Hondo Prep School. Taught History and science. He eventually taught students who could not go to school, in hospital, home care, etc. On relating to students and helping them. He was their only teacher, for the home student.
30:10 challenges to teaching students today, he thinks technology has hurt as students all have smartphones and are always distracted. On the Care Youth League and church programs.
34:00 on his wife and her family. She is also from the San Gabriel Valley. On her family and background.
37:00 His father and his death.
38:00 His children, their names and what they do today. He once taught his children, she was embarrassed.
40:00 El Monte’s future and opportunities for the future. The problems the city had, white flight. On why people left, etc.
44:50 Final thoughts, on why prejudice is bad. On why you should do your work. On his work for La Historia Society. 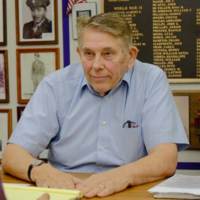