Abstract:
Toni Plummer grew up with mixed heritage in South El Monte. This interview notes the impact of a childhood spent with Plummer’s divorced, Latina mother and the ways it shaped her concepts of ethnicity and culture. Plummer explores the ways her childhood in South El Monte have been written into her short stories. According to Plummer, a mixed heritage denied her the ability to feel fully in any one group, and desired to bring the mixed identities into the spotlight. This became clear only after translocation to New York brought new perspective. Adding to and correcting the archive in respect to the aspects of Latino/a and mixed experiences is a major theme of Plummer’s work, which is emphasized by anecdotes about the culture of South El Monte while she was growing up there. 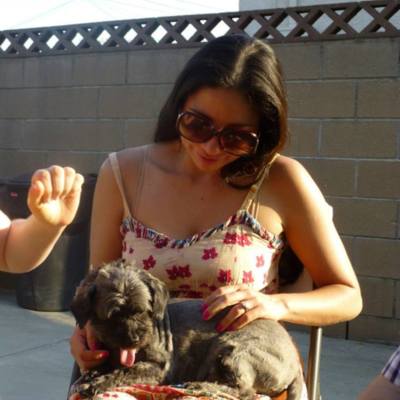 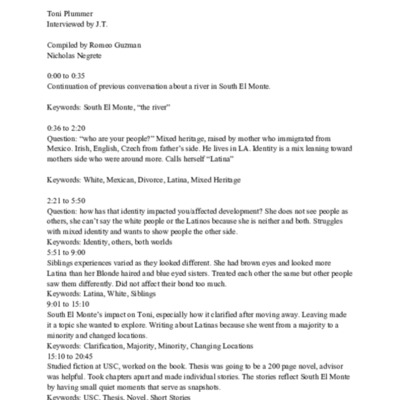