Summary: Lily Laredo has lived her entire life in El Monte. Daughter of Vincent and Concha Rojas, she grew up in Hicks camp in the 1940’s and 50’s. In this interview she recounts life in Hicks Camp, the youth culture of the 1950’s, and her life. Since 1970 she has worked for El Monte public schools, where she has taught generations of students. Her family has participated in politics from the presidential campaigns of Kennedy and Obama to the UFW strikes of the 1970s.

0:00 Introduction- Lily Laredo, was born in Los Angeles. Vincent Rojas was her father, mother was Concha Rojas- from Arizona and Sonora Mexico. Father was laborer in construction, then electrician for tailor company in South El Monte. Mother was a homemaker and then worked for Mattel toy company. Father came to USA in 1912 when he was three years old. Came as child when he parents died- his older brother was already in Los Angeles.
2:00 Family worked in the fields picking cotton, fruit. Later they worked in construction. Mother’s family came to Los Angeles when her parents passed away, she lived with a cousin in East Los Angeles. Parents met at a local dance. Father was living in El Monte, mother would come from Los Angeles with her friends to attend dances in El Monte. Father came directly to El Monte to join family- they lived in Hicks Camp. Father worked in the fields, and construction later.
5:40 Mother came to El Monte to attend dances at Legion Stadium. Parents did not graduate high school. She has a brother, Vincent.
6:30 Lily grew up in Hicks Camp. She went to Columbia school, then to Gitley School, then Rosemead High School. The schools were segregated. Description of Hicks Camp, the land was still agriculture. On the crops that grew, there were few services in Hicks Camp, though there was water.
12:00 on Japanese internment during World war II. They were at Santa Anita, the Mexicans helped people until they got out of the camp. The San Gabriel plant nursery, was owned by Japanese before the war. Her brother served in the war.
14:00 on going to school in El Monte. She liked rock and roll while growing up. She went to Legion Stadium, various bands that played there. She would go nearly every week. Going into East Los Angeles to visit family members.
18:00 on Religion, she went to Nativity, and before when at Hick camp at Guadalupe at Cofield street. She knew Fr Cofield, and describes him. On his efforts to engage people, encourage children to go and continue through school.
20:00 She attended college but left, started in the workforce. She became a school Aid, was an aid for 22 years, then secretary, now in El Monte schools for 43 years.
22:10 on Meeting her husband John. He is from McAllan Texas, lived with sisters and met her that way. He worked in construction then carpenter. He is now disabled. She moved from Hicks Camp in high school, in 1956, bought a home in El Monte proper. On the destruction of Hicks camp and people losing their homes. There was no help, tried to hire a lawyer, but al the residents were on their own. The last part of Hicks camp ended in the 1970’s. Everyone stayed close to the area, stayed within El Monte.
26:00 on the industrialization of El Monte. The fields were replaced by houses and schools, some older factories were there for a long time. On the construction of the Freeways, the end of the streetcar system, you could ride into LA in 30 minutes.
29:00 her children were born in Monterry Park, she has always lived in El Monte, for 73 years now. She has two daughters, and they went to all the schools in El Monte. Gitley, and Arroyo highschool. On how she became a teacher’s aid, she would help informally before. She started in 1972, but volunteered for two years before that.
31:30 on changes in education and the schools over the years. Demographics of the school and the city. On Anglo and Mexican culture, she was brought up in a time where English was the only language she learned. On programs in the school. On Migrants, on programs for people who are migrant workers- who came to school with various needs.
37:00 on whether there are problems in the various neighborhoods. There are few gangs now, but the area had gangs in the past. The family grew up in a safe area with little crime. She is known throughout the town as she has raised several generations of children through the elementary school.
40:34 On changes in the neighborhood today. There are small mom and pop stores, but no major stories, while in the past there used to be.
43:00 Stories on growing up in Hicks Camp. She was in the brownies, was a troop leader later. The children from Hicks Camp would be the poorest of the community. On the other barrios of El Monte- Medina Court, the neighborhoods around Legg Lake. She attended the church there, the neighborhood was fairly small.
46:00 Laredo was also involved in politics, she campaigned for Robert Kennedy in the 1968 election. She also met Cesar Chavez, in 1981. Her family is very civically engaged, she is a democrat. Her brother was in the service during the Vietnam War. She participated in Chicano movement, UFW walks. Family most recently supported Obama in 2008, they volunteered for his campaign. They have been engaged in civic matters throughout these past few decades.
54:45 The photographs Lily Laredo brought to show the South El Monte Arts Posse. 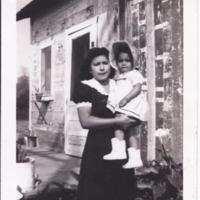 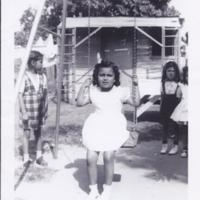 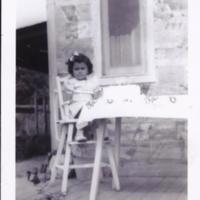 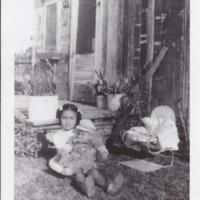 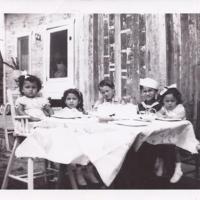 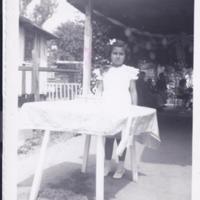 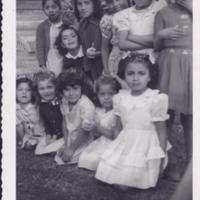 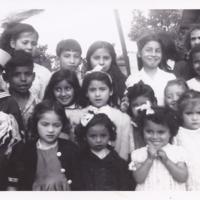 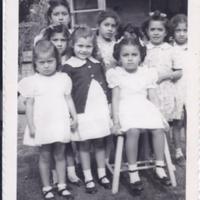 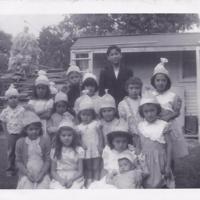 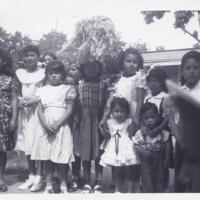 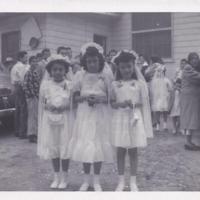 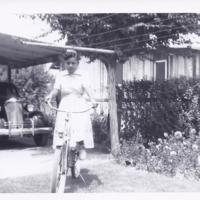 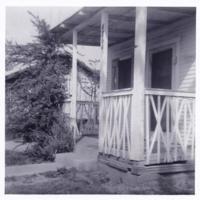 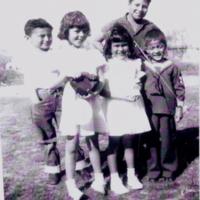 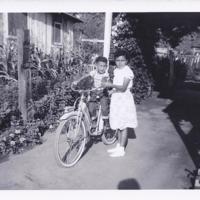 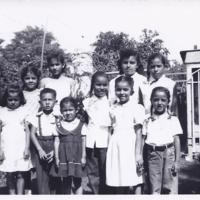 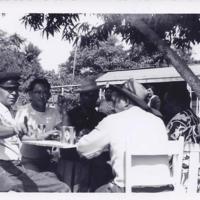 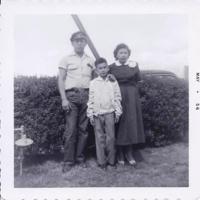